USGenWeb Article on the history of Berwick Township

Here’s a Personal Touch to go with the History Below!

The land described below was called Berwick before it was officially called Abbottstown, so whether the Berwick family was here first, or it was named for an area the people emigrated from is unclear. Simon Berwick and his family came here from County Meath in Ireland, and their emigration date is not known. Simon and his wife Catherine Bamforth were living in Berwick Township with his family prior to his daughter Alice marrying John Abbott. That was in the 1700's. John and Alice lived in the Village of Beaver Creek, York County, but the exact location of the village has not been established.

Thanks to Judy Coldren for providing this historical and familial detail about Berwick! 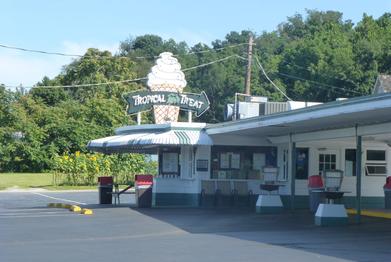 BERWICK TOWNSHIP AND BOROUGH OF ABBOTTSTOWN. This division of the county, including what are now known as Oxford and Hamilton Townships, was brought into the little republic of Adams County in 1800. In 1810 Hamilton Township was set off, and in 1847 Oxford Township was established, reducing the original area of Berwick to about 10,000 acres. The head waters of Hamilton Creek rise in the northwestern part of Berwick, and flow north through Hamilton Township. Beaver Creek rises in the Seibrecht neighborhood, and flows north by east to Abbottstown, where it receives its east fork. This fork and main stream may be said to form the eastern line of the township. The Pigeon Hills and Egg Mountain, the latter entirely native, are weird natural upliftings, bold, rugged and steep, brought forth to relieve the Atlantic slope. With the exception of these hills the township presents a rolling surface. The land is principally red gravel, well cultivated. The geological characteristics are traces of copper and coal in the hills; hydro-mica slate, one mile and a half southwest of Paradise; impure limonite, in the same neighborhood; massive brecciated sandstone, impregnated with iron; limonite; dark blue and white crystalline limestone in Conowago and Berwick Townships, also ferruginous on Carlisle road. In 1848 lignite was found in this vicinity. The number of taxpayers in Berwick Township (1886) is 318; value of real estate, $230,993; number of horses, mules and geldings, 121; number of cows and neat cattle, 149; amount of moneys at interest, $22,146; value of trades and professions, $6,160; number of pleasure carriages, 48; number of acres of timber land, 1,274. The population in 1800 was 1,333; in 1810, 1,799, including what is now Hamilton and Oxford Townships; in 1820, 1,664, including Abbottstown, 312, and Oxford, 142; in 1830, 1,417; in 1840, 1,462; in 1850, 811, including 3 colored persons; in 1860, 869, including 2 colored persons; in 1870, 507; in 1880, 514, and of Abbottstown, 368. In Berwick Township the retailers of foreign goods, wines and liquors, in 1824, were George Bange and Joseph Carl, and of foreign merchandise alone, Joseph Eck and Daniel Heagy. Nicholas Carns, constable, made the returns.

Source: USGenWeb. Click on the link for more about this article.